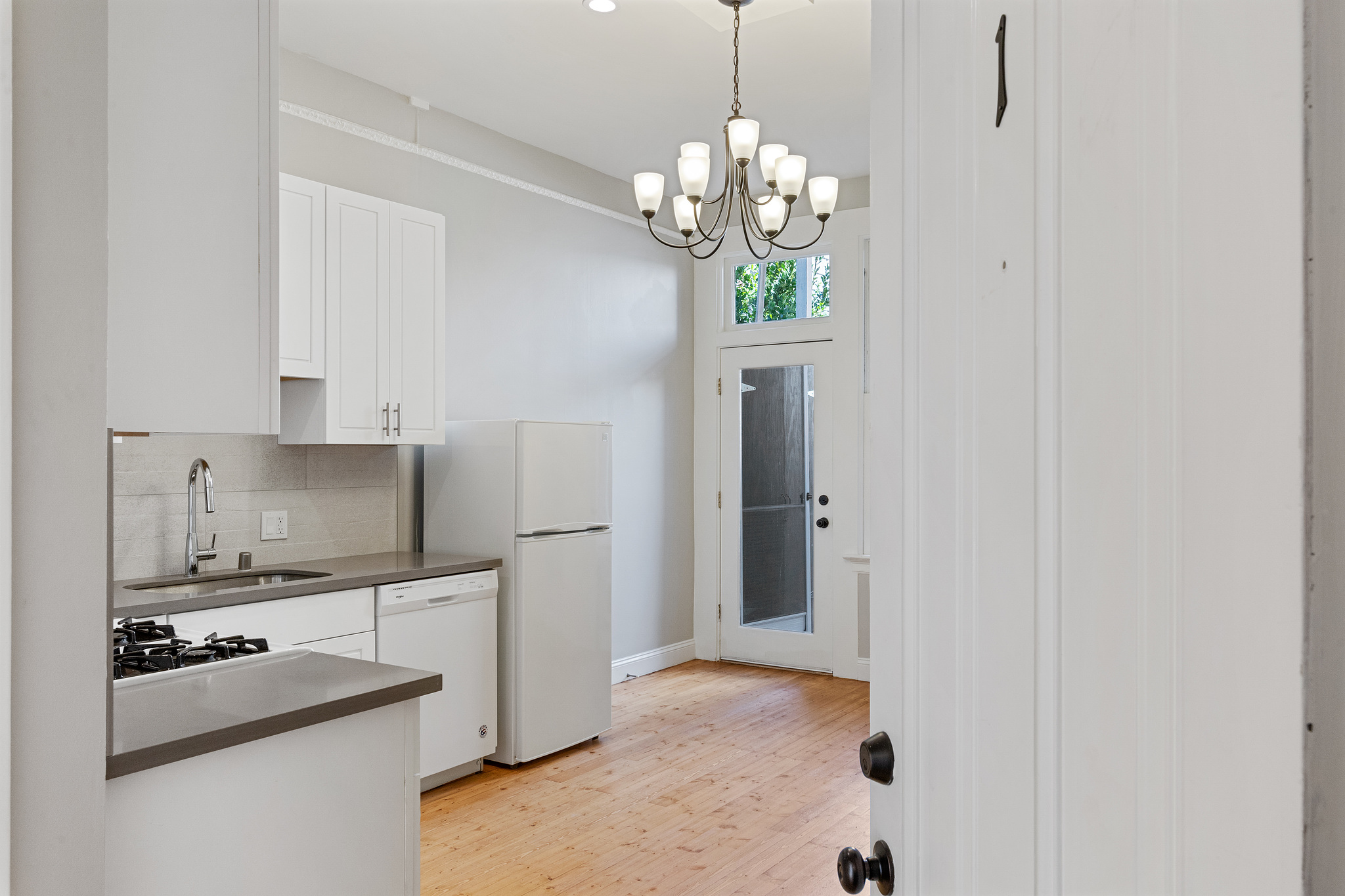 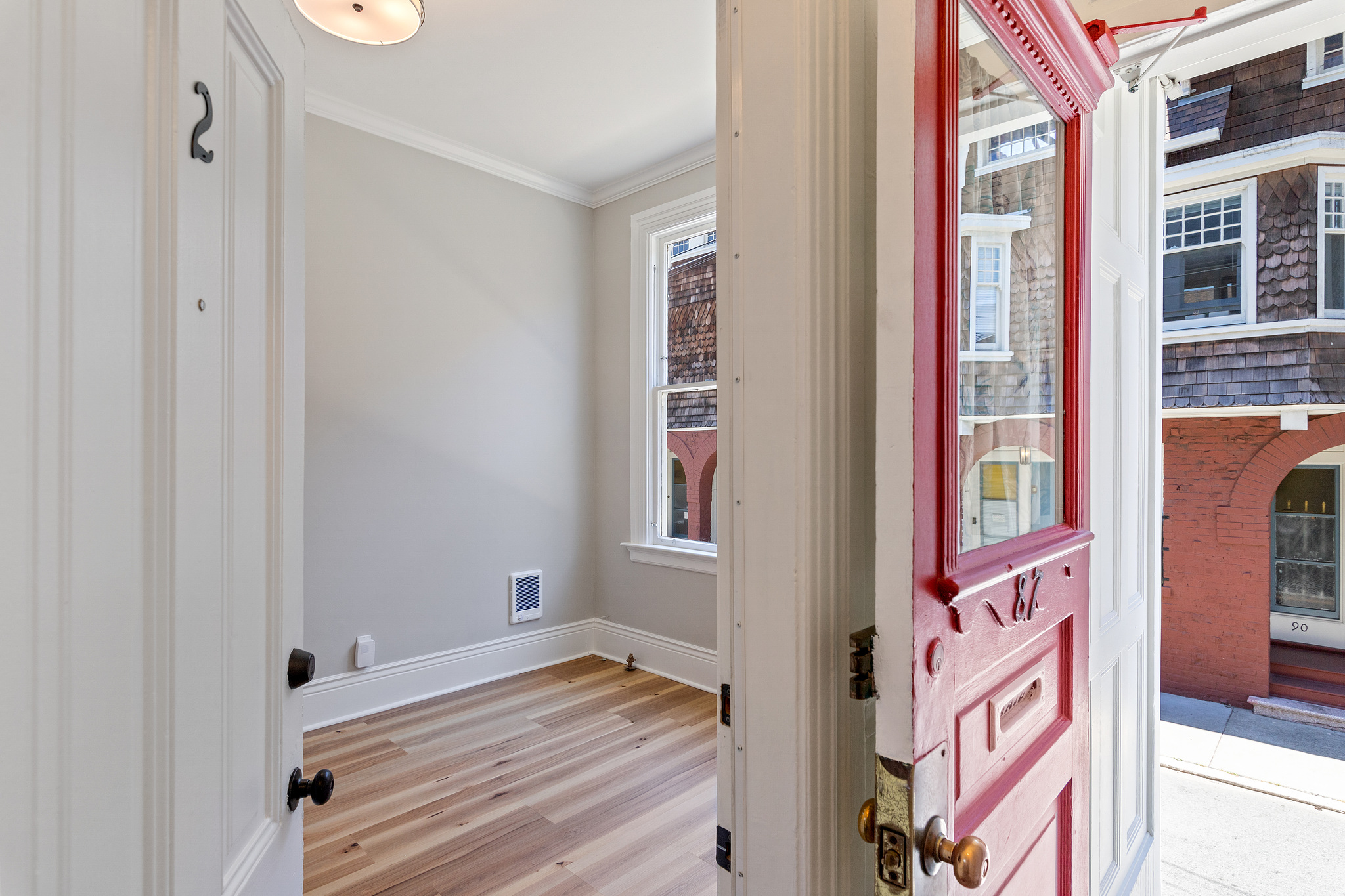 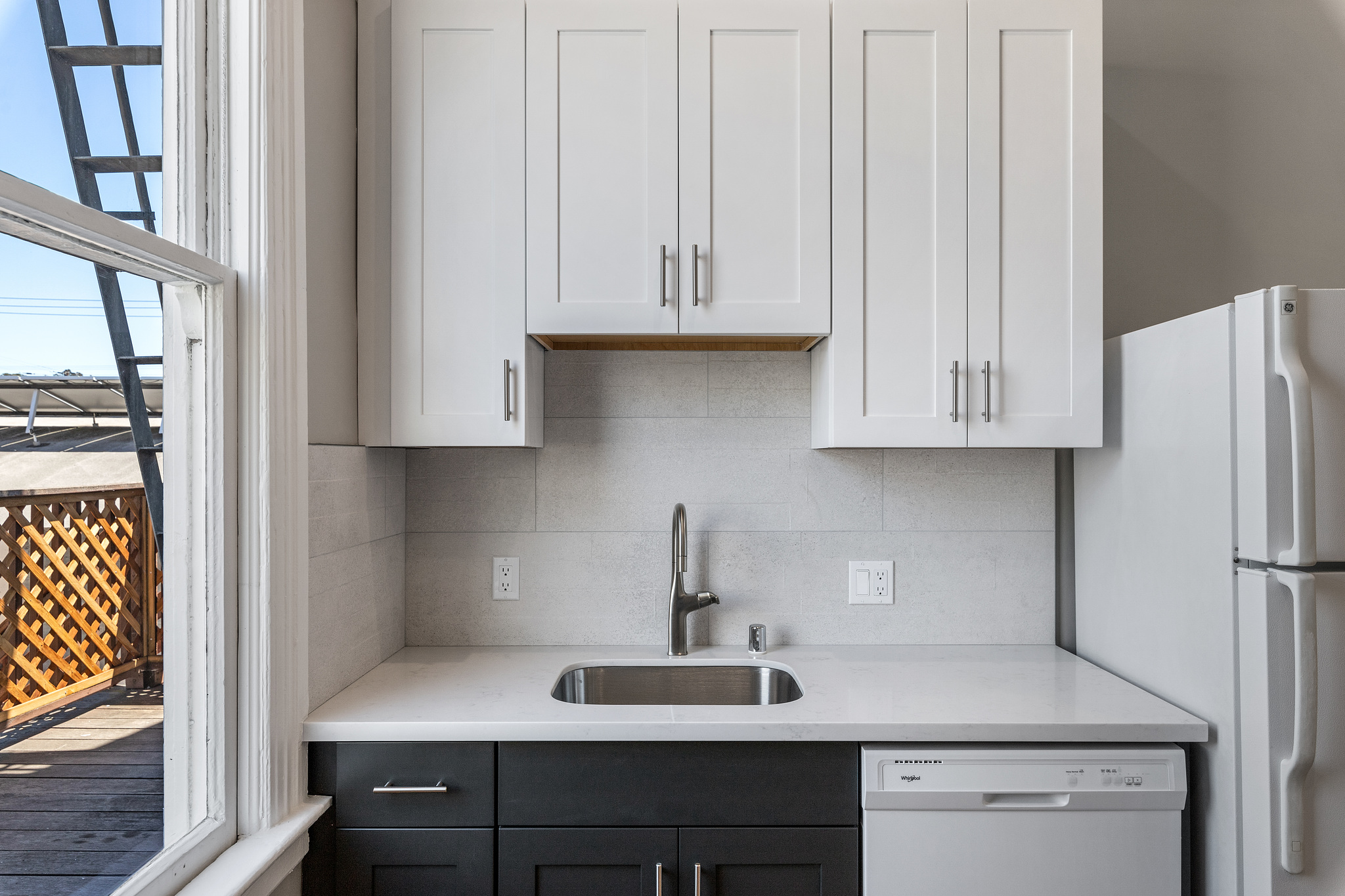 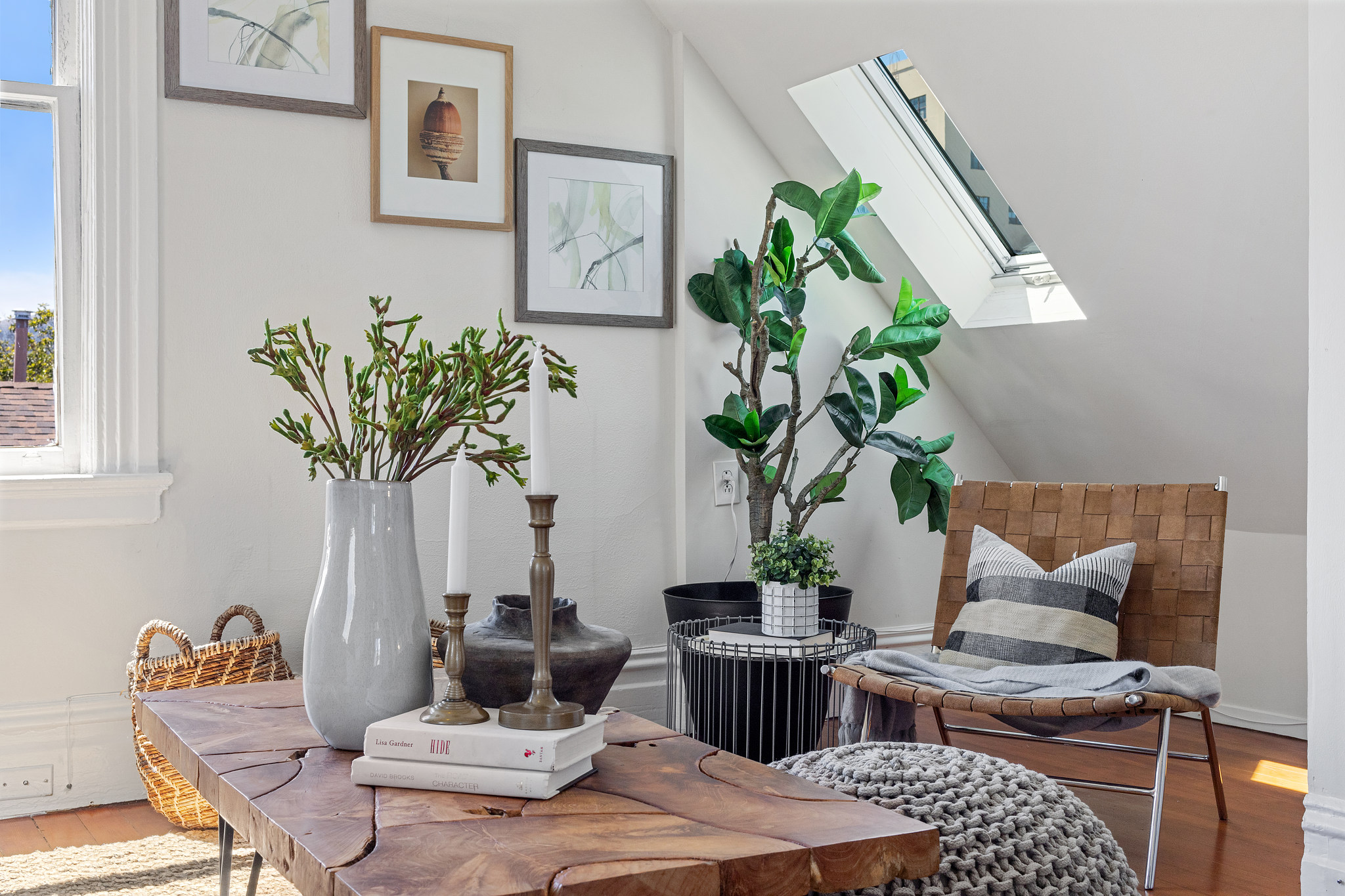 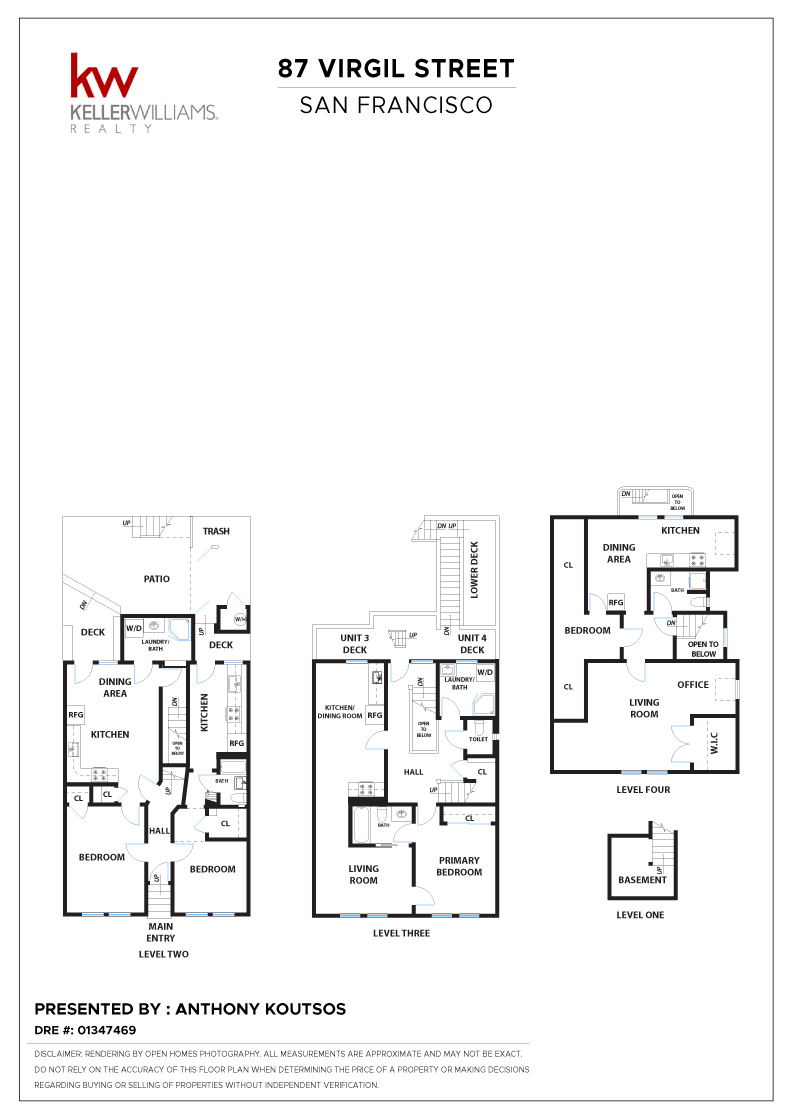 All units available for rent

Four remodeled units in the Mission

All units have washer dryers or hookups

some have additional storage

Sunny, flat, and centrally located, the Mission represents the heart and especially the soul of San Francisco. Equally attractive to immigrants and a burgeoning herd of hipsters in ironic t-shirts, the Mission is still the melting pot of San Francisco. Here you'll find traditional Mexican taquerias and panaderias, pop up galleries, freshly minted block-long live/work lofts in former canneries, and a new generation of chefs determined to make their mark and earn a Michelin star. The neighborhood is highly walkable: a major urban shopping center at 16th and Potrero offers groceries, a gym, post office, office supplies, and a Peets Coffee. The museum district at 3rd and Howard is nearby, and the ball park is not far. Public Transportation is great. MUNI bus lines crisscross the neighborhoods and there are two BART stations at 16th and Mission and 24th and Mission which serve the neighborhood. With the rise of the dot-coms in the mid-90s, the old industrial warehouses of the Mission district were converted into open air, open concept workspaces. These attracted a new kind of population: educated, highly-skilled, and eagerly looking for the next big thing: be it entertainment, dining, culture, or dance club. And they wanted to be able to walk to work, or at least ride their bike. Housing was developed to match the taste and needs of this generation of newcomers. Many of the old warehouses preserved their old brick facades. Inside luxury interiors feature exposed brick walls, huge timbered beams, two-story high living rooms with airy ceilings, industrial kitchens, and of course, high speed Internet connections. Stately turn-of-the-century homes line the sunny blocks of this uniquely San Franciscan district. In between its main thoroughfares of Dolores, Guerrero, and Valencia, you can find many smaller hidden architectural treasures dotting the intimate cross-street alleyways. San Francisco's oldest building stands at the corner of 16th and Dolores. Constructed in 1776, Mission Dolores draws the gaze of passersby with its clean, early-colonial Mexican style. It remains an active Roman Catholic church, and is open daily for services and to visitors alike. Just around the corner is Dolores Park, one of the city's great neighborhood hangouts, where you might be lucky enough to catch an outdoor performance by the San Francisco Mime Troupe. Time seems of no consequence on sunny afternoons while families recline along the comfortably sloping landscape. Daytime is for the sun-worshipping crowds, while warm nights are all about people watching. Valencia Street is among the hippest nighttime destination on the planet. Throngs of young folks dropping into the trendy new eateries, filling the local watering holes for their fix of poetry and music, hitting the local performance spaces for inspired avant-garde happenings. You will find a cultural mecca, as well as a food experience beyond compare along these lively streets. Public transportation is as good as it gets in the Mission. Two BART stations, at 16th and Mission and 24th and Mission, complement a complete bus schedule to downtown and beyond.

see all of my on and OFF MARKET listings here https://www.anthonykoutsos.com/properties
Web Accessibility
If you have difficulty accessing content, have difficulty viewing a file on the website, or notice any accessibility problems, please contact Anthony Koutsos to specify the nature of the accessibility issue and any assistive technology you use.